Getting ready to visit the big apple and looking for some next-level awesome New York puns?

Or, maybe you’re just in need of a really good laugh and want some epic puns about New York to caption your latest and greatest photos of NYC?

Either way, this expertly curated post is filled with fantastic New York puns that will be perfect for you – puns about New York that have been selected for you by a 30+ year local who knows all about what life is really like in the city that never sleeps.

So, take a break from whatever it is that you’re doing and enjoy a much-needed laugh with these epic puns about New York.

This post may contain affiliate links. Please see my disclosure for more information. As an Amazon Associate, I earn a small commission from qualifying purchases.

Need a good laugh and want to show your undying love and devotion for all things New York? If so then check out this mega epic selection of 110+ of the best New York puns of them all.

Not only will they make you laugh, but you’ll be able to use these top New York puns to caption your photos and engage your followers on Instagram and beyond.

2. Central Park perks me up.

3. Everything in New York is so pitcher perfect.

7. Hanging out in the big Apple-tini.

8. Such a brew-tiful day in the city.

9. Taking a bite out of the Big Apple.

12. Finally made it to the Statue of Liberty. It’s a boat time!

13. The views from the top of the Empire State Building couldn’t be NYCer.

14. A trip to NYC can be very taxi-ing on your wallet.

18. New York looks terrible in the morning, but I guess that’s because it’s the city that never sleeps.

20. Who had this Brighton idea?

22. After a day of sightseeing, I’m Central Park-ing myself here for the night.

26. A trip to New York takes quite a bit of dough.

29. The street art in New York is very ad-mural-able.

34. There’s only so much you Cannoli do in Little Italy.

36. New York, thanks for everything bagels.

45. This little piggy went to the Brooklyn Flea Market.

53. That’s quite a Roosevelt you have going on.

59. Don’t harbor any ill will towards me.

65. I don’t think things could get any Bleeker.

68. Everyone needs a Murray friend.

71. I really need your Flatiron.

74. Come on, Wharton you talking about?

80. I can’t see the Forrest Hills for the trees.

81. Your breath is so and you need tenements.

88. Words can’t espresso how important this is.

89. You usually have a Greenpoint.

93. I had a sleepless night before visiting the Empire State Building.

94. No crepes til Brooklyn.

95. I hope our paths croissant again in New York.

96. Make sure to relish the good times in New York.

98. This soft pretzel has my heart in twists.

99. BREAKING NEWS: New York subway car breaks down after laptop explodes. When asked what happened, the NYPD responded: A Dell set fire to the train.

100. They really dropped the ball this New Years’ in NYC.

101. I falafel after drinking so much.

105 You can’t get nothing Pastrami.

There you have it! That just about wraps up this guide to the best New York puns of them all.

Tell me, did your favorite puns about New York make the list? If not then let me know in the comments below!

And if you found this post useful, be sure to join our email list before pinning this post now so that you can read it again latter!

Welcome! My name is Kelly and I’m so happy you’re here! I’m a super quirky, 30+ year native New Yorker who wants to share the total awesomeness that is New York travel with you. 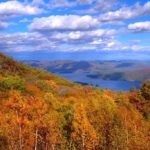 Local’s Guide to the 17 Best Things to do in Lake George, NY!2K Total Shares 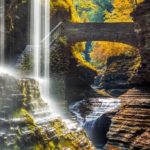 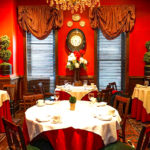 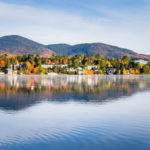 15 Best Things to do in Lake Placid, NY1K Total Shares 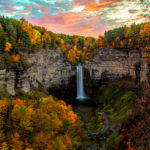